my friend, jd, recently called me a foodie. here's the definition for you:
–noun (slang)
a person keenly interested in food, esp. in eating or cooking.

if we're being honest, i've ALWAYS been interested in eating. :) but in the course of plowing through my 27 things list, i've done a lot more cooking than in the past. not only is it turning out some good food, but i have actually really enjoyed figuring out how to cook it.

when the year is up in july, i will post more pictures of the dinners i have cooked for people. in the meantime, here are some samples of some simple meals i have cooked for myself. (if you notice a lack of chicken, it's because i'm allergic...so i just don't really cook it. go figure.) 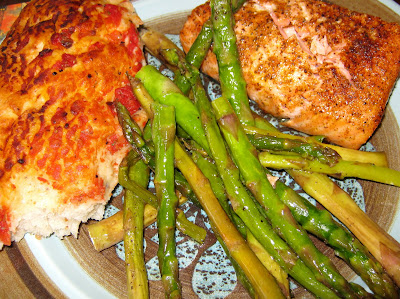 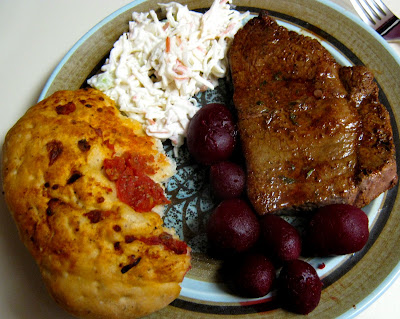 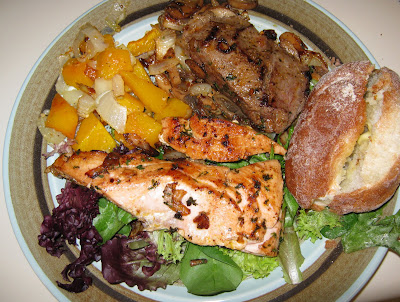 surf and turf: grilled beef steak and perch (topped with fried onions and mushrooms) with a side of baked butternut squash 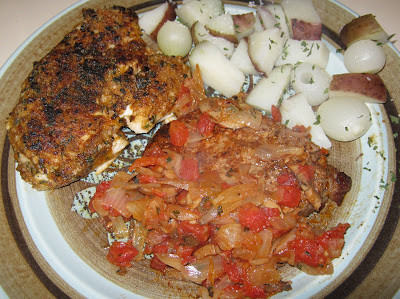 a second variation on surf and turf: grilled beef steak (drowned in onions and diced tomatoes) with battered and pan fried tilapia with a side of boiled red potatoes and pearl onions 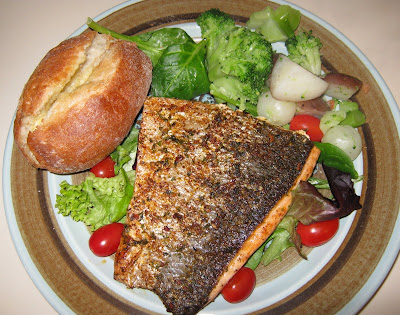 broiled salmon (lightly seasoned with olive oil, pepper, and parsley) with cherry tomatoes and a side of boiled red potatoes, pearl onions, and broccoli
Posted by Unknown at 3:29 PM