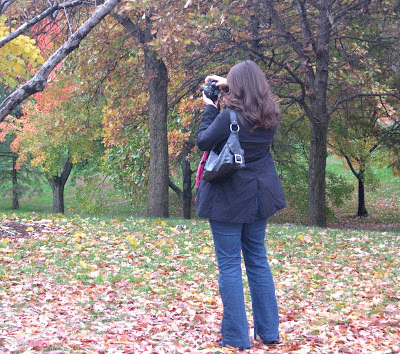 how could you not love this girl?
Posted by Unknown at 7:33 PM No comments:

So Miranda and I went to St. Louis this past weekend. Item number 6 on my list was to plan a trip with her...and I have a coworker (a sad and delusional man) who has season tickets for the Rams. And wouldn't you know it? The Colts had an appointment to kill the Rams on Sunday. Nice. So Jeff sold me the tickets, and Miranda and I made a weekend out of it.

We left early Saturday morning, with big aspirations to go to the Budweiser brewery for the tour, etc. Uh...plans get derailed.

Midway into our drive, we decided to stop for lunch. I won't say where, because I really like the place and don't want people to think the particular place had any bearing on the next events..........as we were eating, I started to feel sick...so I ran to the bathroom...but nothing happened. So we decided to go ahead and leave. As soon as we got to the car, I realized that bad things were about to happen. I threw my purse in the front seat, slammed the door, took two steps forward, and puked all over some rocks. Awesome.

I felt better...and then not great...so I decided to try and go to sleep for the rest of the trip. As we were driving along the interstate about 45 minutes later, the hot ball of lava in my stomach decided to start acting up again. Miranda, the pro race car driver that she is, managed to [VERY SAFELY] cross two lanes and pull onto the shoulder. I jumped out and barfed twice. Sweet.

At that point, I really did feel better since I had no food left in me. So we drove the rest of the way and decided to skip the brewery tour...thinking I might not be up to that. We went and checked into our hotel room and laid around for a few hours. And I was really hungry. So we swung by the St. Louis Bread Company (aka Panera everywhere else in the world)...because broccoli cheddar soup in a bread bowl is the perfect antidote to feeling like poo.

It sat fine, so we headed off to the St. Louis Blues vs Dallas Stars game. 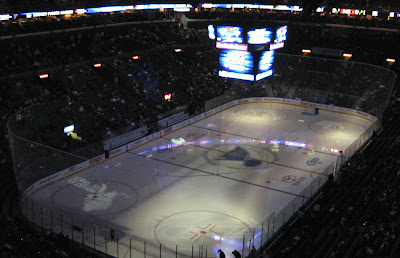 The game was fun...professional hockey games always are. And aside from the enthusiastic Blues fan [Blues shoes, Blues pajama pants, Blues jersey, puck head, creepy mustache] next to me, we had a good time. And I didn't puke on anyone.

When we left the game, we decided to order a pizza. We like pizza. So we called Papa John's to get a pizza and have it arrive not long after us at the hotel. Well..................St. Louis time appears to be different than Wisconsin time. An hour later, I called them back to see where our awesome pizza had wandered off to. Turns out...318 is a hard number to write down. Anyway, we got an XL pizza for free. And it was good, too. We watched "Meet Me in St. Louis" while eating delicious free pizza. 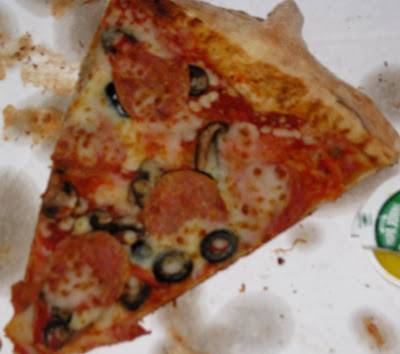 Although we found out that St. Louis is actually known for their toasted ravioli.

On Sunday, we took our sweet time moving around...and then headed to the Colts game. :) I should also add in here that Miranda astounds and amazes me for many reasons, but one of them is her directional prowess. She doesn't actually know the parts of St. Louis where we were very well, but you would never know it. What a stud.

So the Colts game...as we were walking into the dome, I got really excited every time I saw a Colts fan...and then I kept seeing more and more fans. St. Louis had a sellout crowd, but even the actual Indianapolis players said it felt and sounded like a home game for them...that's how many of us were there. Glad I could do my part.

If any of you saw the score, it was a blowout: 42-6. My main men, Dallas and Austin, both scored touchdowns (yay fantasy points!), big Bobby was back, D 'Freight Train' Freeney picked up yet another sack, JIM SORGI came in for one solid play...it was a good game! 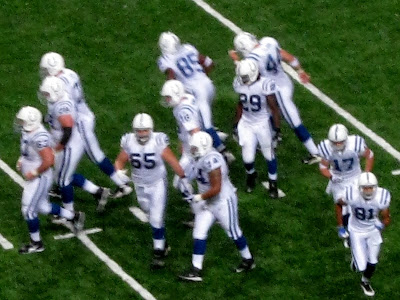 I made friends with lots of random Colts fans, including two little guys behind us. There was, however, one guy across the aisle who especially loved the fact that we love the Colts (yes, Miranda, I am saying you love them). After the game, he did something that I thought was awesome...he went up to a young kid behind us who was a Rams fan, asked him his name, then encouraged him to stick with his team through thick and thin, no matter how bad they were right then, and no matter what people said to him. As someone who has loved the Colts her whole life, I have been with them through the terrible times and the good times. So for a grownup to say that to a young kid was super sweet.

That night, Miranda did some sleuthing and found a dollar theater. We saw GI Joe for only a dollar! (Yes, please, Channing Tatum!!) Also, they had hot dogs for a dollar. Come on!

After the movie, we grabbed some Applebees to go and hung out in the hotel room.

In the morning, we lazed around and watched Pioneer Woman make her first television on the Bonnie Hunt show (probably couldn't have made a better choice there!), then headed to the Arch...yup, in case you didn't know, St. Louis is the Gateway to the West. Woo! Jealous now, huh? Yeah, I thought so.

Anyway, so we went to the Arch. I definitely felt like an astronaut climbing into the little tram to get to the top...pretty sweet. My mom would have hated it. The view from the top is pretty awesome, and I discovered all sorts of little arches all over St. Louis. You get a cool view of Busch Stadium and the Edward Jones Dome, as well. 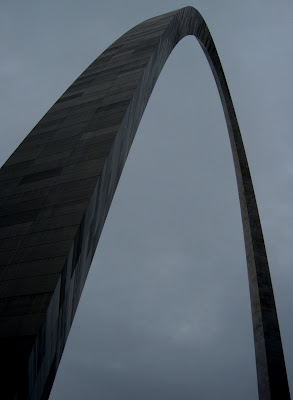 The Arch is naturally lighter than this, but I liked how it looked when I changed the brightness. It's my photo blog. I can do what I want.

Miranda and I grabbed a quick lunch (crabcake sandwich on a croissant...yum) before we made our trip to the brewery. I had a good time there...it was pretty interesting and our tour guides were kind of funny. Fun fact: during Prohibition, Anheuser-Busch sold lots of different stuff...but my favorite thing we learned about was Bevo (soda). At the end of the tour, you get two free samples. What did we learn about Miranda? Oh, she still doesn't like beer. Lol. 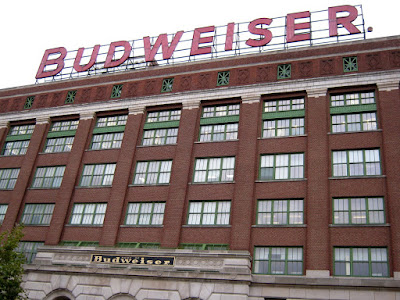 Miranda's highlight of the trip: the hockey game.
My highlight of the trip: the football game.
Other awesome things included: our quoteboard (it's classified), the fact that Miranda did all the driving (she might just have trust issues with me driving KK), Sporcle quizzes, and missing a day of work on Monday.
Posted by Unknown at 6:18 PM 1 comment: