on labor day, nate came up with the idea to try and visit all 24 major parks listed on the city of madison parks list. he printed off information, pulled out his map, and charted our course. in theory, it was a great idea. the execution was a little flawed. turns out we needed to start much earlier in the day for this to actually work. so early on, we changed our strategy to hit 5 parks. and the last one wasn't technically on the list. (details.)

armed with our delicious lunches from wendys, a map of madison (ok, we also had one for the united states, but we thought that was sort of a last resort resource), the list of parks, detailed descriptions of said parks, a sharpie, and my camera, we set out. 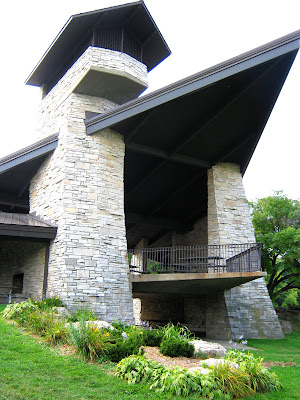 this is a secret park, apparently. in my opinion, public parks should be FILLED with people on labor day. we saw two people here. considering its close proximity to my new apartment and its ultra secrecy, this was my favorite park that we went to. sweet highlights of garner park? well, the obvious crazy birdlike structure you can see here, the doors that looked like a jail, the awesome open fields for ultimate frisbee, and the indentation where a hockey rink goes in the winter. two thumbs up to garner park. 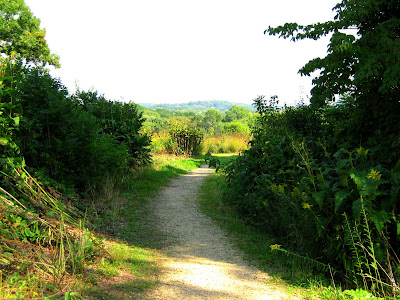 um, owen is kind of lame. i guess it's a cool idea, but it's boring. there's a couple trails, but it mostly just looks like big fields...where you cannot play frisbee. here's a direct quote from the website, though..."today, prairies and oak savannas have risen like a phoenix to reclaim the landscape." wow. if that doesn't sound impressive, i just don't know what does! anyway, the fields are pretty, and there's a really nice long view of the capitol from here. 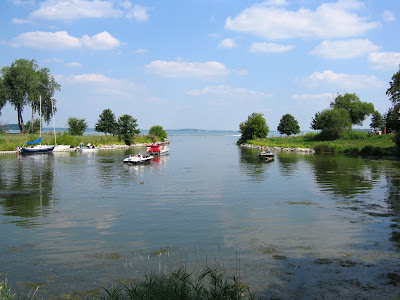 i was very excited to check out this park. from the website's description, i thought this was going to be so awesome: "with a small though charming sandy beach (the children's favorite), a surrounding of old growth, deciduous trees that lend a welcoming shade on a warm, summer day, and a string of open, grassy spaces, one of any age will find something to remember and cherish about this particular city park." the small though charming beach is TINY! haha. it's like someone threw up sand and they decided to call it a beach. there WAS a little kid there who looked like he was having fun, though. i'll give marshall park this: it does have gorgeous views of lake mendota. 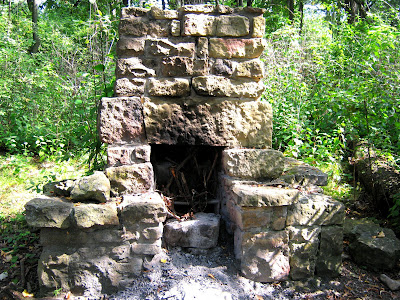 oh, man. aside from being hard to find (the map makes it look like it's on bluff, but you can't get there from bluff), this park set itself up for a hard fall. i am going to have to quote the entirety of the description for you. whoever wrote must have been feeling very, very good about life that day. (also, they really overuse commas. the quotes are written exactly as they are on the website without any corrections from me.)

"quiet, and slightly removed from the congested thoroughfare of madison traffic, hoyt park is an ideal location for either a substantial, social gathering or a peaceful stroll through forest and prairie habitat. truly, there is something for everyone to value. the naturalist will enjoy the lush mix of young, and old growth vegetation that is laced by a network of paved and unpaved hiking trails. the sports enthusiast will find a full-sized basketball court, a softball field, and a grassy, clearing suitable for soccer, football, or frisbee. in addition, the two highly, hospitable shelters will appease the socialites and the play equipment will occupy the children. while at the same time, the past comes alive thanks in large part to not only the many restored historic fireplaces (twelve precisely) scattered like ancient treasure throughout, but also the resotred prairie, rock and tree formations which envelop the park. these are, perhaps, a few reasons why madison natives make a point of returning to hoyt park, again and again."

oh, man. i just laughed and laughed when i read that description. nate decided he really wanted to find the fireplaces (twelve precisely) that were scattered like ancient treasure. so we explored and found several of them...it was quite the adventure. haha. we also found a cool lookout point that gave a neat view of the city. i was really biased against this park from the start, though, just from the description, so i have kind of a hazy memory of the whole place. 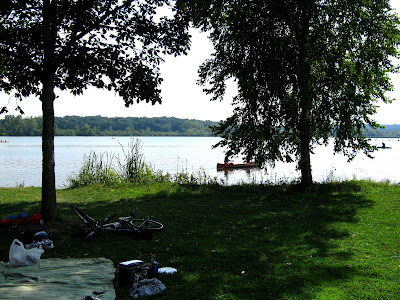 so wingra wasn't actually on our orignial list, but we stopped by because it made park number five, and our friend, jason, was there. it was very busy--lots of families playing games and hanging out. i found out that you can rent kayaks and stuff and go out on the lake. it was really pretty that day. we were really only there for a couple of minutes, so i have nothing interesting to report about this park.


all in all, it was a fun and random adventure in madison. seeing a few different lakes was cool, too. shout out to my partner in crime for coming up with the idea.
Posted by Unknown at 10:34 AM No comments: