i should preface this post by saying that i have a disease. this disease is called "when other people have cameras, i don't take pictures unless forcibly reminded to do so, and even then, they won't be very good because i really don't care that much." this disease is sort of the inspiration behind this dumb old blog in the first place. but this disease is also why my pictures of a week-long vacation have some gigantic gaps in them.
so......................sorry ashley, nina, josh, and will. i distinctly remember spending quality time with you. and i had a grand total of one picture each of miranda and erin. wow. good thing i only have to do this for one more month. pioneer woman would be ashamed.

on the plus side, this was a vomit-free roadtrip. 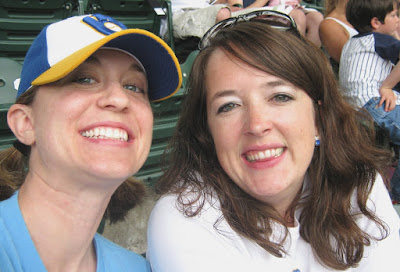 the roadtrip started in beautiful milwaukee, wisconsin. miranda and i were very excited about our free hot dogs. and this was actually my first brewers game of the summer, so that was awesome. 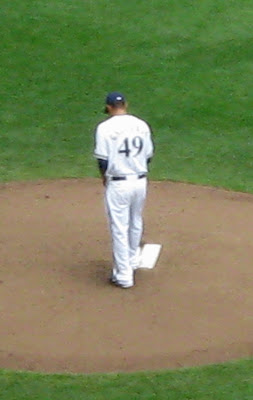 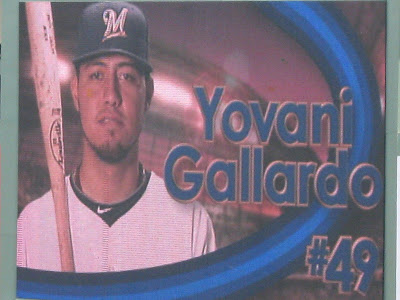 my boy, yovani, was pitching. since michael cameron left for the red sox, i had to pick a new favorite player. yo is it. and he's freaking awesome. 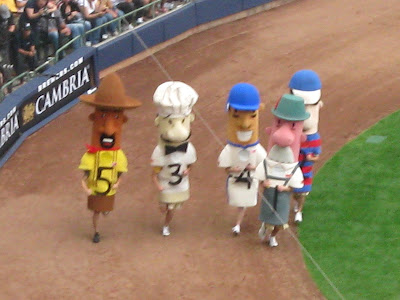 you know, sometimes i wonder if hot dog is even trying. he never wins when i am there. just once, before i die, i would like to see hot dog win the stinking sausage race. is that so much to ask?

stop number two on the trip was indy. oddly, i have absolutely no pictures of this time. we had lunch with nina and got completely drenched running into the mall. we saw kelli and retrieved the boxes she stole from me. we also hung out with my parents and lily. and we made dinner. there were sneaky moose attacks. however, there is no proof that we did these things.

stop number three was nashville. confused by the ridiculous time zone situation, we arrived two hours too early to greet ashley and josiah as they got off the plane. so early, in fact, that ashley and josiah were still in kansas city. not a problem. miranda was forced to memorize maps of every city in the world when she was just a small child, so she knew exactly where we were at all times. i always feel safe when she is driving. 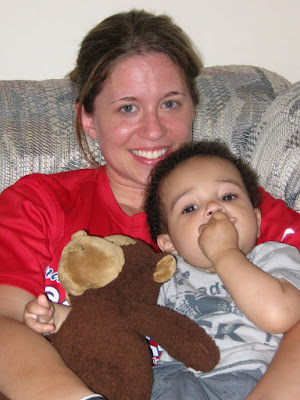 we finally got to stop four: atlanta...with ashley and josiah in tow. i don't know who looks more tired in this picture--josiah or me. here we are...just chillin with the monkey. 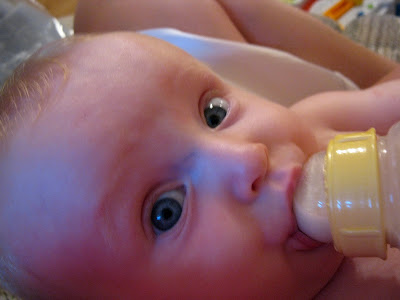 this is my soul mate, renae. souuuuuuuuuuul mates! if you believe everything you hear/read, renae sleeps 36 hours a day. she wakes up long enough to eat and smile three times. then she goes back to bed. oh, the life of a baby. 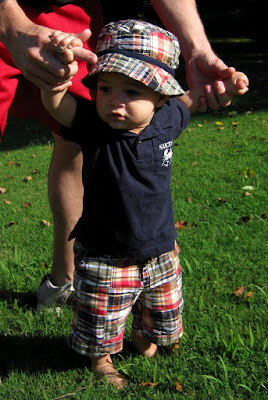 josiah is not a baby anymore. he is a little man. ridiculous. 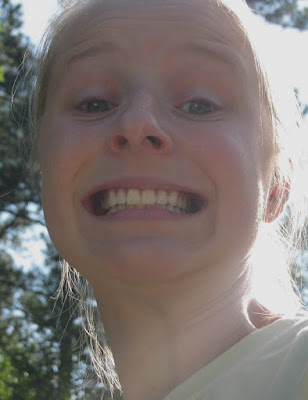 classic. are there any other words? 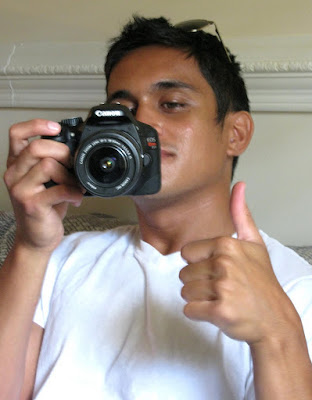 nader is browner than usual. and his arms...well, i don't know about you, but i would say it looks like he shaved them recently. ;) 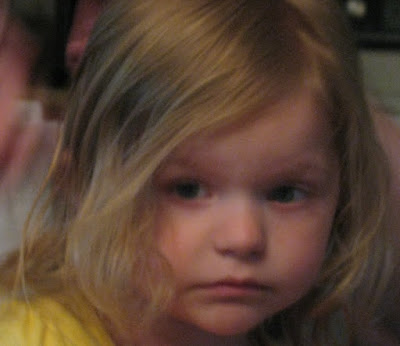 when lily is famous for...well, whatever...i hope they use this picture to show how stunning and dramatic she was as a three year old. amazing.

so the back end of the roadtrip was just the opposite of our way down. we ditched nader, josh, erin, and renae in georgia. we lost ashley and josiah in nashville. we trucked back on up to indy. we hung out with the baby shark allllllllllll day. and then we trudged on home.